In the last of our investigative series of blog posts exploring housing issues, the LSE London team delves into London’s experience of homelessness throughout the COVID-19 pandemic, including the unique challenges our city is facing and what action needs to be taken to support Londoners.

The concentration of homelessness in London is particularly acute with respect to temporary accommodation. Over 60% of those housed in England are accommodated by London authorities. Moreover, the proportion of households including children and particularly single parent households are significantly higher than elsewhere. On the other hand, single people are less likely to be accommodated in London.

The story of rough sleeping is similar. In the first weeks of the Everyone In initiative, 60% of the 5,400 people brought into emergency accommodation were accommodated by London authorities and the Greater London Authority (GLA). At this point, there was applause all round as it was suggested that 90% of rough sleepers across the country had been accommodated. This was not the case. By May, numbers had risen to nearly 15,000 but the proportion in London had dropped to 30%. In other words, London was ahead of the game in getting people into emergency accommodation by using empty hotels, but the numbers needing accommodation (not all rough sleepers but also from unsafe sheltered accommodation) were far in excess of expectations.

The MHCLG figures for January 2021 are broadly the same (London accounted for 30% of those identified as still rough sleeping and 31% of those in emergency accommodation). But the new numbers revealed a pernicious problem in London similar to that faced by those in traditional temporary accommodation. Only 16% of those initially housed in London had been moved on to settled or supported accommodation. The success rate in the rest of England was more than twice as high.

So, for both types of homelessness, unless we can improve the capacity to move households into settled accommodation, the problems will remain.

Making their own way

Importantly also, it appears that many of those accepted into emergency accommodation have not been helped to move on. Rather they have simply disappeared. Some may have found acceptable housing, but it is likely that many have simply returned to the street possibly to be accommodated in emergency accommodation again. We have no evidence of the proportions across the country, but we do know from some London authorities, and indeed the GLA, that the proportion making their own way could be as high as 25%. So many have only received short-term, expensive assistance, which may have done little to improve their situation.

Equally importantly, we have no idea how well people are coping in their move-on accommodation and in particular how many tenancies have been sustained.

Worryingly it appears that in London, Everyone In has not meant that rough sleeping has declined. In fact, evidence from the London Assembly Housing Committee (September 2020) shows an increase of 33% over the previous year during the first three months after the initiative (April - June 2020).

Numbers improved over the next few months but only to the point where they were comparable with the same period in 2019. However, the mix of those sleeping rough had changed significantly, with more younger men and more people with mental health problems.

One reason for this is almost certainly that unemployment in London - at 7.5% in early 2021 - is considerably higher than in the country as a whole, partly because of the lack of tourism and hospitality. Another is that large numbers of younger single people never had a secure home and may now be unable to pay their rent. Not everyone has parents to go home to.

The biggest challenge for already exhausted local authorities and charities working with homelessness is the potential for increased evictions in both the private and social rented sectors. On 1 June, the government is going to lift the suspension of evictions and reduce the notice period that must be given before landlords may go to court to obtain the right to evict. Our estimates suggest that evictions will build up slowly, notably because the courts are not even able to process the egregious cases that have so far been allowed to continue. But over time, we might well see at least 80,000 London private tenants at risk. Were social landlords to resume their past eviction behaviour, that number would be 130,000 or more.

Of course, especially given court delays, the majority of those at risk will find other ways forward – agreements with their landlords; finding an appropriate job; going home to Mum and Dad. Even so, large numbers will have to go to their local authority for assistance and if prevention does not work, they may need temporary accommodation.

The only saving grace is the current state of the private rented sector. Clearly demand has gone down considerably, particularly in London. If tourism, hospitality, student demand and employment improve only slowly, it should be possible for local authorities to find move-on accommodation more easily and hopefully more cheaply. Equally, landlords may be more prepared to maintain tenancies where there is evidence that people will be able to pay in the future.

There therefore is the opportunity to avert a further major crisis in terms of both homelessness and rough sleeping, but more resources will be needed to help those at risk of homelessness in the coming months.

What should be done

If we want to achieve this, we must act quickly. Our recommendations are to:

Read the previous blog posts in this series - 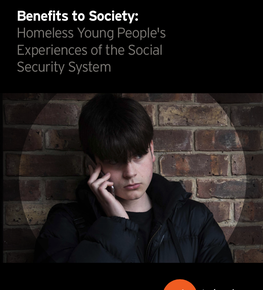 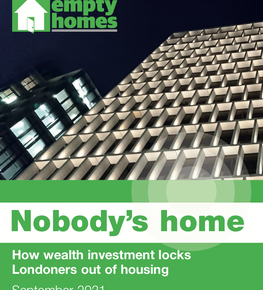 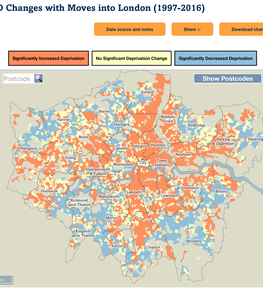 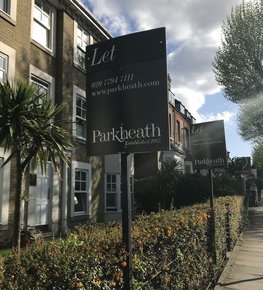 The Private Rented Sector – a crisis which will drag on and on? 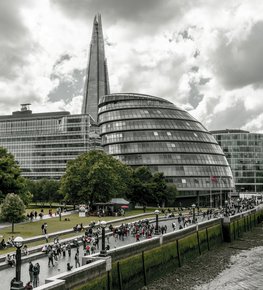 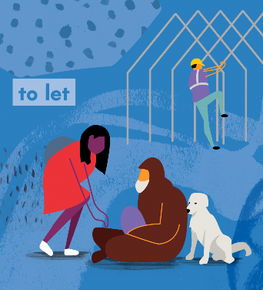