A new report by the Work Foundation shows that the UK is lagging behind major competitor economies when it comes to tackling youth unemployment.

The report, International Lessons in the global context – funded by Trust for London – shows that the UK has experienced the fastest rise in youth unemployment of any country in the G8 since the start of the recession and now has the third worst levels in the OECD, with only Spain and Greece experiencing higher levels.

The report argues that the UK’s youth unemployment problem cannot be attributed solely to the recession, particularly as other major economies have consistently outperformed the UK in this area. Drawing on policy responses from other countries, the report identifies a range of key lessons for the UK:

The research was launched at an event chaired by Mubin Haq, Trust for London’s Director of Policy & Grants. Speakers included: Angela Constance – Minister for Youth Employment, Scottish Government; Stefano Scarpetta – Deputy Director, Employment, Labour and Social Affairs, OECD; and Joanneke Balfoort – Head of the Economic Section, Embassy of the Kingdom of the Netherlands in London. 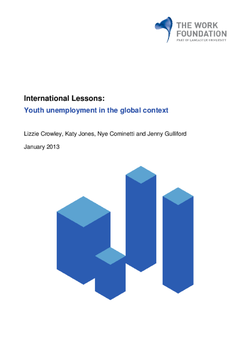