Cameron lives in the outer London borough of Bromley. He reflects on his experiences growing up there as a young Black person, as well as what needs to change in the world of work to better diversity and inclusion, particularly in the creative industry.

Hello. I'm Cameron. I live in South East London on the outskirts in a place called Beckenham. I currently work as an intern for Sound and Music and as an ambassador at BTEG, the Black Training Enterprise Group.

I think living where I live, there's not that many ethnic minority individuals or people that look like me. You can feel quite cut off from your community or I guess isolated, especially in a place like London.

It was quite difficult growing up in all honesty, due to I guess the lack of diversity in the area, and also the lack of knowledge of different historical impacts that certain communities have had on British culture. The national curriculum I feel itself doesn't help with that, but at the same time, I think the certain engrained conservative values or even I guess racist values that certain suburban spaces or even conservative suburban spaces can hold can be quite damaging, or also very detrimental to the very small minority of ethic individuals who might reside in that space.

Some of the main things that I found hard about moving from school, well, moving from school to work and things of that nature, were really finding what I was good at, or what direction or I could head in really. After school, I think at school itself, I found that quite difficult because everyone has a different way of learning and I feel sometimes that school's platform will pay more attention to those who fall very easily into the norm or those that aren't necessarily struggling, so those that are left behind can fall under the radar, whether that be purposefully or unconsciously.

That in itself causes a lot of harm so I think, especially myself coming from a Caribbean background, we know that, I haven't got the figures right here, but Jamaican boys and also girls are heavily targeted by school suspensions and exclusions and face very harsh consequences in comparison to their white counterparts. Now, that's not to say that happened to me, but certain elements of that definitely played out and affected my schooling, which then affected my confidence.

I did go on to university and things of that nature, but if that wasn't for the support of my friends and family and things like that, I'm not sure whether or not I would've gone down that path. The world of work itself, I found quite difficult due to the fact that having CVs themselves can be a bit blind, but having a very non-eurocentric name, if you will, I found that quite difficult, sending out multiple loads of CVs and not hearing anything back so that was quite difficult.

Some of the things are going on at BTEG that I think are helping young Black men and other ethnic minorities overcome the challenges and barriers that are in place in the workforce are the kind of consultations and rigorous care that the team has when it comes to dealing with different sectors such as the finance, the tech sector, the construction sectors, all of these sectors are having regular meetings with those at BTEG.

By making these sectors aware of the gaps that need to be filled, basically. I know BTEG are constantly putting out reports and assessing different sets of data to highlight where these companies are falling short. That is one side of it. I feel that with BTEG in the ambassador programme they've been extremely helpful when it comes to helping me network or helping with applications and other things of that nature.

Without them and their expertise, I might not necessarily have the confidence when it comes to applying or even knowing of certain areas where my expertise or knowledge could be made more useful. I think they're very well connected, they're very caring. There's definitely a sense of community and kinship amongst those that work at BTEG. I haven't necessarily felt that in other spaces or organisations that I've worked in.

I really feel as though it's the creative industries themselves who need to do a lot more work to find ways to make opportunities more accessible in lower economically deprived areas or to ethnic minorities, whether that be offering training programmes or other types of internships.

The creative sector that I'm working in right now is called Sound and Music. That itself is an internship and it has been really, really great working here mainly due to the fact that I've been able to network with other creative organisations such as Black Lives in Music. They're a new organisation that I'm doing similar work to BTEG within the realm of diversity, inclusion, but definitely pushing more so for diversity and inclusion within the music world itself, specifically targeting very white bourgeoisie establishments, especially within the realm of classical music.

I really feel as though it's the creative industries themselves who need to do a lot more work to find ways to make these opportunities more accessible in lower economically deprived areas or make these jobs more accessible to ethnic minorities, whether that be offering training programmes or other types of internships. There needs to be a real sense of longevity when it comes to some of these contexts of having ethnic minorities within the creative spaces, but I still feel there is a lot of work to do.

The way in which I'd like to see my career progress over the next couple of years is I'd like to gain a few more skills within the areas of events management, programming, and managing projects so that I could perhaps move into an event space or a museum space or a creative space more generally, and find ways to bring in those from the community to bring more creative events or give more access in space and places for voices to be heard or artwork to be seen or stories to be told.

That is where I would like my career path to move towards because there is so much love, joy and creativity, and community that needs to be shared within some of these spaces. 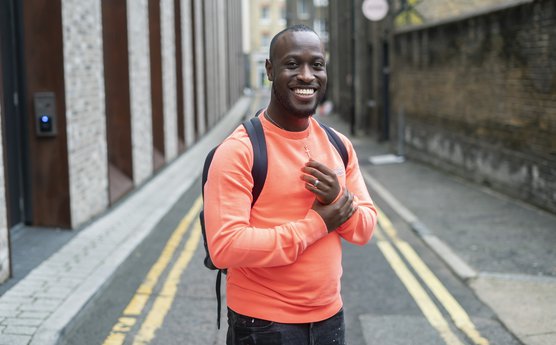 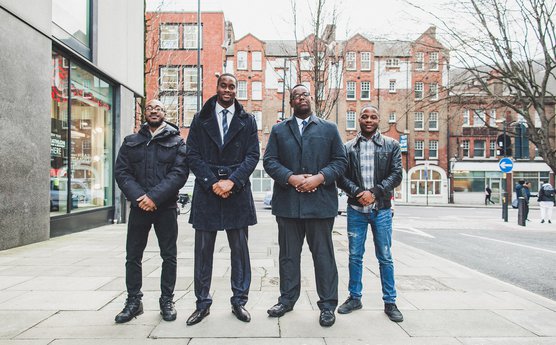 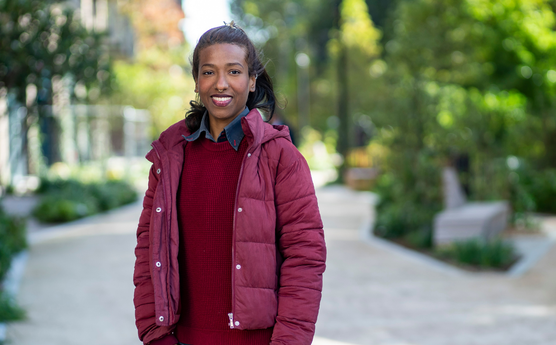